A free collection of interactive educational activities for the youngest.

eduActiv8 (formerly pySioGame) is a completely FREE offline collection of simple interactive educational activities designed with kids in mind. Initially the application started as a personal project that over the years turned into a cross-platform, open-source, educational program for children that is used by thousands around the world.

The application offers hundreds of short educational activities including sets of flashcards presenting new knowledge, "simulation" activities allowing kids to tweak numbers to see how things change to better understand certain concepts, as well as the good old drill activities in a form of interactive worksheets to allow the practice of newly attained skills by moving virtual objects around the screen - somewhat in support of the learning through play idea.

eduActiv8 is suitable for children in the first six years of primary school but can be easily used by pre-school kids with some guidance from parents.

Currently, the activities within the program mainly focus on basic concepts of maths (learning numbers, addition, subtraction, multiplication and division, fractions, patterns, symmetry, time and much more) but also there are some language exercises (alphabet and some word activities) and general logic games and memory training exercises, puzzles, colour games, etc.

The program runs on Windows, MacOS, Linux and Android.

A subset of the eduActiv8 project has also been rewritten in Lua/LÖVE for iOS and is now available for iPhones and iPads. This has been released as two separate apps eduActiv8: Language Arts and eduActiv8: Math & Science. It is a separately managed project that has been rewritten from scratch thanks to funding from Lakota Language Initiative of the Thunder Valley Community Development Corporation and Elon University. You can find out more about the eduActiv8 Mobile project at hackranch.com.

eduActiv8 is free for anyone to use and is licenced under GPLv3. 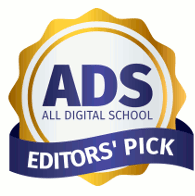 A new version of the eduActiv8 has been recently released (version 4.20.01). A large chunk of the available activities has been redesigned, however not all of them so there may be some consistency issues that will be ironed out at some point. In general, they look more polished and a little bit less of prototype quality. Also, a number of minor issues have been fixed along the way.

eduActiv8 has also been released again for Android but this time not published on the Play Store (due to a requirement for 64-bit build which is currently not possible). More in the installation section.

The availability of activities may depend on the choice of language, age/difficulty, availability of support software (i.e. eSpeak) as well as other technical parameters such as screen resolution and the platform the software is running on. 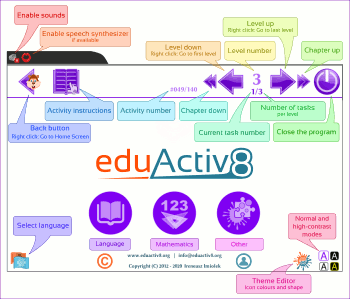